Many times we feel tricking or playing pranks with our friends, over the phone by manipulating our voice. But that seems a bit of hard work here because you cannot speak for too long in that voice and anyone could guess that it is a phony. Now, many nifty voice changing apps have made it very easy for us to change voice and plant a ploy at our friends. These apps come with a variety of features that have piled up on the fun and are becoming a rage nowadays. Check out the best voice changing apps below. You may also like best farming games for Android. This could be the one-stop-solution if you are looking for a voice changer app that gives you a large number of features. The best thing about this app is that it brushes aside the need of using a new audio file every time you want to check the voice transition. The developer has doled out an amazing feature called as “magic conversion” that entails using existing files the audio of which is to be changed and see the magic happening. The app gives you a crazy bunch of options to change the audio of the file into such as Monster, Cave, Robot, Alien, God of Death, Kid, Chorus, Bathroom, Old Radio, Astronaut, Squirrel, Bee, Fan, Helium, Drunk, Hexafluoride, etc.

What’s more? The app is absolutely free to download and offers a sharing feature on social media platform and IM apps like Twitter, WhatsApp, Facebook, WeChat, Line, etc. The app is tailored to suit all the purposes that a voice changing app purports to exhibit. The only downside, I could find was that a bunch of ads will pop up but this is insignificant when compared to the substantial service it offers. The app is supported by devices running on Android 4.0.3 and late. Boasting whopping download stats of 5 million, the quality and popularity speaks for the customer feedback. You can download the app from Google Play Store. 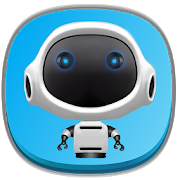 If you love to pounce and prank around with your friends, be ready to take them for a ride with this app. The bountiful voice changing options will keep your friends guessing and they wouldn’t know. This is another voice changing app which has a similar name. With Voice Changer you can alter the audio of the existing files as well as record new ones from a plethora of voice options. The list of voices displayed on the app is too long to check out but you will definitely find the sound you are looking for. The app offers decent UI but has not seen any modifications since its roll-out a few years back. Users can easily grasp the controls mechanism fed into the app and you will not at all feel handicapped with the way it runs. All you have to do is select the file that you want to change and apply the effects. The app allows you to share the audio files on social media very conveniently. You could also share the audio files via Bluetooth in the manner you share your other music files. The app is free of cost but allows ads to penetrate. If the ads do not bother you, then the app is worth a try. It will run on any device of Android 4.1 and up. 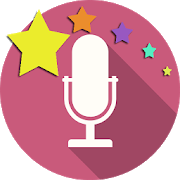 If a simple app with no frills is what you need, then Androbaby will become your baby. It is supported on devices Android 4.0 or up. It is a simple voice changer app with a clean user interface and offers multitudinous options such as normal, chipmunk, echo, death, smurf, monster, lazy, monster, robot, fast, backwards, space station, bee, telephone, chorus, underwater, wolf and a horde of others. It does not mount up with any additional features than the common functionality found at other apps. One of the distinguishing factors for such a class of apps is that number of voice options the app offers and that makes a difference. So, if the amount of voices is the yardstick, the app will add to your list of favourites. Also, the colour scheme is such that it simplifies finding a recording.

You just have to record your audio and choose the effects to be applied and share it on Twitter, Dropbox, Facebook, and anywhere else. You can download the app free of cost but there will be certain optional in-app purchases. The free version is prone to ads without any significant changes in the features. The tablet users have the advantage of getting a better design on this due to the recent development. 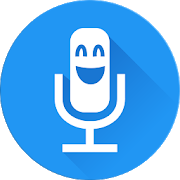 This is a very popular voice changing app in the present day scenario. The app has been rated 4.2 on 5 and corroborates its success. The app offers bountiful effects that you will never get tired of using. You can explore some very different voice effects like the dark side, cathedral, zombie, extraterrestrial, dark cyborg; everything is spinning, megaphone, villain, dragon, and many more such cool effects. With such a huge range of voice options, you can easily pull a prank or make a hoax call and run away scot free, laughing like a hyena. You can record your audio, apply the effects and see the change. The audio file can also be saved or even be set as your ringtone.

Showing a download of more than 50 million times, you can conjecture the popularity the app has garnered by the dent of its features. The sharing feature on WhatsApp is another reason behind its popularity. The app is free of cost but not free from ads. You will have to buy an in-app purchase to shove those annoying ads out of your device. The app is compatible with Android 4.0 or up. 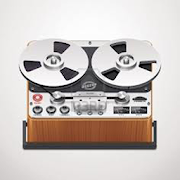 This is another amazing voice changer app for Android users. The user has to choose from a superfluous range of sound effects like echo, DJ, robot, scary place, mosquito, among the 55 voice effects. You can import the recorded files and share them anywhere on the social media. It offers free saving and sharing of audio files. There are other features as well as such open saved recordings to apply even more effects, support of full voice, and trim control than shortens the recordings and makes them funnier. The trimming ability is only available with the paid version. The app is free to download. Other features such as making the recorded file as your ringtone, removing ads, and adding photos to videos also come with the paid version only. 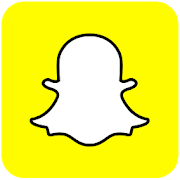 Snapchat is a renowned image messaging service and is also a popular voice changing app. However, the app is a big drain on the battery and therefore you must prefer the iOS version. It allows the user to change the voice, appearance as well as other settings. It also has a feature of “Snapchat Memories” that allows the user to keep or save the snaps before they are gone forever. The app is free but does not inhibit ads. This app has buckets full of voice effects to spoil you for choice. You can choose among Robot, Drunk, Autotune, Mask, Cave, Male, Kid, Female, Alien, Strong, Chipmunk, Double, Slow, Monster, Fast, Space, Sheep, and many others. The app may seem like any other voice changing app on our list but contains many unique sound effects that the other apps lack. You can record your voice live on the microphone and change it by applying the effects. So, the app has got reasons to find a mention here. The app is free to download and is supported on devices such as Android 4.0 and above, much like all the apps up until now. The app does not filter ads and also there may be certain in-app purchases. The developers of this app frequently tweak it with new features and other updates so that you continue to enjoy robust features all through your course of usage. 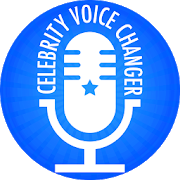 This is another fun-packed and crazily amazing app that will give you a bag of tricks to wind up your friends. We all have one friend in our group who is a die-hard of some celebrity and just goes bonkers even if you utter the celeb’s name. So, how about tricking that friend and buzzing him in with a hoax call from their favourite star? Celebrity Voice Changer gives you a chance to mimic a number of celebrities. The voice effects include Heisenberg, Magneto, Hodor, and many other movie or TV stars. The app disguises your voice such wonderfully that your prank victim cannot recognise you and is sure-shot befooled. You can apply the sound effects and also download the audio file to share it or save it. As if the number of voice effects was not enough, the app lets you request a horde of other celeb voices to add to the fun. This funny “ringtone creator” app will allow you to record your voice easily and has an amazing recording interface. You can change the audio mp3 file into whatever you want. The prankster’s voice would not have looked more realistic than this app’s use. Unlike many speech or voice distorting app, Celebrity Voice Changer has a whole host of SMS sounds that tot up to the fun of tricking your friends. Though the app is named as voice changer for kids; anybody and everybody is allowed to enjoy its features. The voice effects here are a mammoth in number and include all those sounds that are commonly found in other popular voice changers. The users will find it very simple to explore the app as it displays big bars or buttons that are easily visible. The app is free to download for a trial and then you will have to buy the app. It has Material Design which calls for its credibility for the users who take into account that sort of stuff. This is a very interesting app that lets you change your voice during a phone call. So, while you are talking you can easily dupe someone with the voice modifications. You are also allowed to make anonymous calls from this app. However, the call lasts only for a few seconds and the number of calls you can make is limited to one. After that, you will have to pay for that service. The Girls Voice Changer App changes your voice into various girly sound effects. You can also record your own voice and apply the effects to see the change. 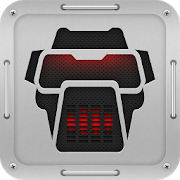 With this app, you can record your voice into scary, musical, funny, robotic, or evil voice effects using the RoboVox. RoboVox records voice and changes voice via vocoder technology. The users will have 32 different voice styles at their disposal. You can also change the pitch and modulation of the recorded voice by sliding your finger across the X-Y control area.