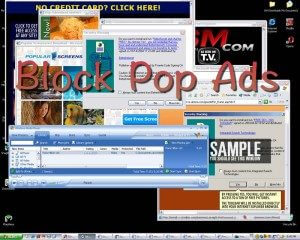 Best Pop up blockers for Windows

So guys, We Dreamy Tricks is back again with a new post on best pop up blockers for Windows. As, number of spam blogs are increasing day by day, so it’s one of the major problem for users who like to surf internet. On this spam blogs, there are tons of ads and the ad which is most disturbing is Pop Ads. This ad contains malware, spam messages, lead forms etc. which is simply used to take benefit of your things like by installing some spam programs into it or by showing unwanted ads in your browser pages or by using your mail to complete offers for them.As, recently We have also shared how to fix this copy of windows is not genuine. 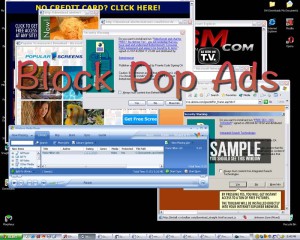 For which version of Windows are these pop up blockers available?

The pop up blockers for Windows which we are sharing below will work on following version of Windows:

Best pop up blockers for Windows:

Pop Up Ad Smasher is one of best pop up blockers for Windows which you can install in your PC. This pop up ad blocker has some great features like blocking any specific site. You can block many ads like floating ads, flash ads and other spammy ads. Though, Pop up Ad smasher is a paid app, but its totally worth 15$. You must invest in this software, if you are looking for a perfect pop up blocker for your Windows Computer. Best part of Pop Up ad smasher is that it has feature which is known as smart pop-up feature which will not block some legit pop up of sites like net banking etc.

If you are a bit worried in investing $15 in beginning, then you can check out its trial of 15 days before taking decision that you should buy or not. You can visit official site of Pop Up Ad Smasher to download its trial.

Ad Muncher is one of best pop up blocker. It has some amazing features like blocking certain kind of ads like banner ads, floating ads, pop ads etc.It can block 98% of ads in all over the web. It will act as a Proxy server for you as well which will help you in surfing the web anonymously for free of cost. If you are interested in proxy servers, then have a look on list of proxy servers. You can download Ad Muncher from its official site.

Super Ad Blocker is one of best pop ad blocker. It can block various kind of ads like float ads, pop ads, DHTML ads etc. UI of this ad blocker is pretty simple and nice which can be easily used by Beginners as well. Once, you will open this program you will get list of various ads which you can easily block by marking ticks on them. You can download Super Ad Blocker from official site.

So, it was all about best pop u blockers for Windows which you can install in your PC. So, if you are frustrated with such kind of pop ads, then I am damn sure that this post will help you from such kind of ads. Don’t forget to share it with your friends.