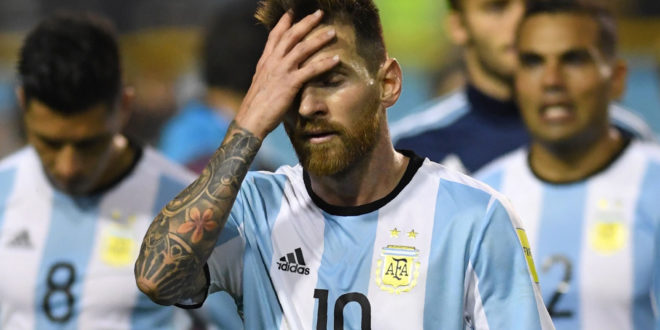 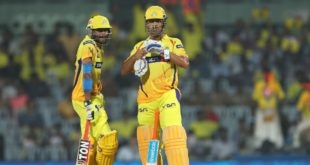 In what may prove to be Lionel Messi’s final World Cup, 2014 finalist Argentina is on the verge of an embarrassing exit in the group stage after a shocking 3-0 loss to Croatia on Thursday. Argentina opened play in Group D with a 1-1 draw with underdog Iceland, and now has just a single point with one game left to play.

Fortunately for Argentina, the squad will still have a chance to sneak into the knockout round, barring a massive rout in Friday’s Iceland-Nigeria game – but Messi’s team will have to play much better in its group stage finale than it has so far in Russia. If Argentina only manages a draw with Nigeria on June 26th, the country can’t possibly advance.

Here’s how Argentina can make it through as the runner-up in Group D:

This is what Argentina fans will be hoping for. A Nigerian win will give the team three total points, but Argentina will play Nigeria on June 26th and have a chance to vault into second in the group.

This is the worst-case scenario for Argentina. A win gives Iceland four total points, which Argentina can only match. To make matters worse, the lopsided loss to Croatia means Argentina would have to overcome at least a four-goal difference to win a tiebreaker with Iceland, assuming Croatia beats Iceland in the group finale.

If Iceland and Nigeria draw:

An Iceland draw would be great for Argentina, assuming group leader Croatia doesn’t lose. This result would give Iceland two points and Nigeria one point heading into the final day.

No matter what happens, the runner up in Group D will meet the winner of Group C, which is likely to be France, in the Round of 16. 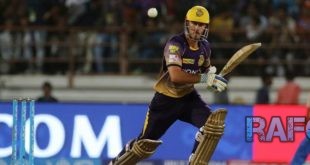 IPL 2017, KKR vs GL: Match highlights, as it happened in Rajkot Chris Lynn and Gautam …