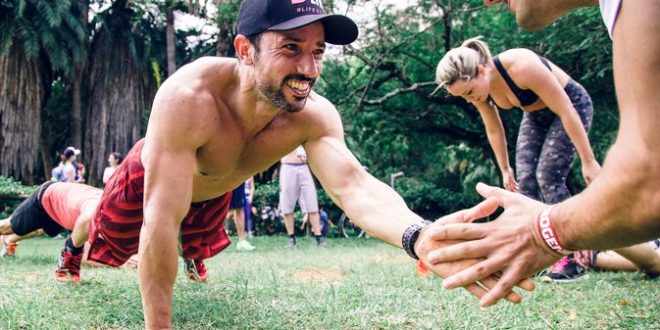 Male breast-reduction surgery rates are higher than ever

Women aren’t the only ones turning to cosmetic surgery in hopes of boosting body confidence. According to new statistics released by the American Society of Plastic Surgeons (ASPS), a significant amount of men are going under the knife — many of them getting breast reductions.

Video of the Day

The group claims that over the past five years the amount of male breast-reduction surgeries has increased by 30 percent, and it has to do with a medical condition called gynecomastia, or an abnormal amount of breast tissue growth in males. You might know it by its more unpleasant slang term: “man boobs.”

“Male breast enlargement, also called gynecomastia, is common in men and teenage boys of varying ages,” board certified plastic surgeon Mark Schwartz, M.D., explains to LIVESTRONG.COM. How common is it? As many as 65 percent of 14-year-old boys have gynecomastia, according to the American Academy of Family Physicians. However, the condition usually goes away on its own within two to three years.

Dr. Schwartz explains it is often related to a hormonal imbalance in the body: Male hormones called androgens may be low compared to the level of female hormones or estrogens in the body. However, some men may have a genetic predisposition to excess breast fat.

Either way, it can negatively impact a man’s body confidence in a major way. “It can be a troubling problem, especially for younger men, who are embarrassed to take their shirts off at the gym locker room and at the pool or beach,” he says.

Dr. Schwartz believes the surgery rate has increased for this condition due to social media and the fact that more people are talking about it online. There are also more treatment options — both surgical and nonsurgical. “In most cases, liposuction is required to remove the excess fat, and surgery is needed to remove a portion of the gland to achieve the best results,” he adds. The scars are small, typically hidden in the pigmented skin around the nipple, and extremely inconspicuous.

How risky is a male breast reduction? “Generally, this is a very safe procedure when performed by a board-certified plastic surgeon, and results are extremely predictable,” Dr. Schwartz says. The risks are similar to all forms of surgery, including reaction to anesthesia, visible scarring, asymmetry, irregularities and delayed healing. The procedure may take one to three hours, and patients can return to normal activities within five to seven days. There may be some bruising, swelling, soreness and numbness after surgery that subsides quickly.

Other procedures for men that have seen a spike in recent years, according to the study, include body-contouring surgeries like liposuction and tummy tucks. In total, men accounted for just 8 percent of total procedures (1.3 million) and women a staggering 92 percent (14.5 million.)

Dr. Schwartz explains that he performs a lot of “bro-tox” in his office for lines, creases and furrows around the eyes and upper face for men. Additionally, more men are asking for body contouring for hips, flanks and the abdominal area to get a more svelte physique. Rhinoplasty and chin implants are also in demand.

So while many more women than men are getting surgery, this new data is a reminder that, regardless of gender, everyone deals with body-confidence issues. And just like calling someone “fat,” we should all be careful when using terms like “man boobs,” as it is definitely a form of body shaming.