Courtesy : Hindustan Times
If you’ve heard and liked Pandeyjee Seeti Bajaye song from Dabangg 2, listen also to Chalat Musafir from Teesri Kasam(1966). You might sense the similarity immediately.   A daily reports that yesteryear lyricist and filmmaker Shailendra’s family is unhappy with the song

Pandeyjee Seeti Bajaye from Dabangg 2 for this very reason.
Bombay Times quotes Priyanka Shaily Shailendra, filmmaker’s who avers: “There’s definitely an issue of copyright infringement…No consent was taken from the family. So, we have raised the issue that some acknowledgement be given to Shailendra and Shankar-Jaikishen.” She has sent a legal notice to the producers and associates of the film, says the tabloid.

On the other hand composers Sajid-Wajid maintain that it’s a folk tune, so they didn’t buy the rights. BT quotes Sajid: “Our lawyer has replied to the legal notice. We’ve used a folk tune, which is a national property and brought it out for today’s generation.”

Salman Khan’s Dabangg 3 to be a prequel
Actor Salman Khan, who is on a promotional spree for his forthcoming movie Dabangg 2, says the third instalment of the franchise will be a prequel to the first film.
“We have our third film ready and it will go back and show how Chulbul Pandey becomes Chulbul Pandey. If the second one becomes a hit, we can go to the third one, which is actually the first one. So Dabangg 3 will be a prequel,” said Salman, who plays a corrupt, but kind-hearted cop in the movie. FULL STORY

Salman Khan is reportedly very concerned for his close friend Manisha Koirala, who recently underwent a surgery for ovarian cancer in the US.
According to an insider, Salman is in touch with Manisha to check if he can help her in any way.
The actors became good pals while working in films like Khamoshi, Sangdil Sanam and Majdhaar in the 90s.
Salman Khan to enter the 200 crore club with Dabangg 2?
When almost every contemporary of his is trying to consolidate his place in the 100 crore club, Salman Khan is in a different zone altogether. While leading the pack in the century club with as many as four films already there, he is eyeing the much coveted 200 crore club with Dabangg 2.

“100 crore is passe now, not just for him but every superstar worth his salt. Akshay Kumar, Shah Rukh Khan, Ajay Devgn and now even Ranbir Kapoor has cracked it. Aamir anyway started it all. So for how long can one continue to bask in the glory of something which is fast becoming a trend and is almost a rule than being an exception. The new ‘mantra’ is 200 crore. Only Aamir is sitting pretty there after 3 Idiots. Now Salman is the one who can take a possible shot at that mark”, comments an insider. READ MORE


Salman Khan’s Dabangg 2 gets cleared without cuts
The most anticipated film of the year Dabangg 2 is just a few days away from release.
The Salman Khan-Sonakshi Sinha starrer has been cleared by the Censor Board for Film Certification (CBFC) with a U/A certificate which is surely good news for the makers of Dabangg 2 and fans of Salman Khan. STORY INSIDE 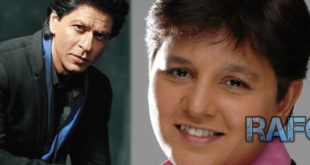