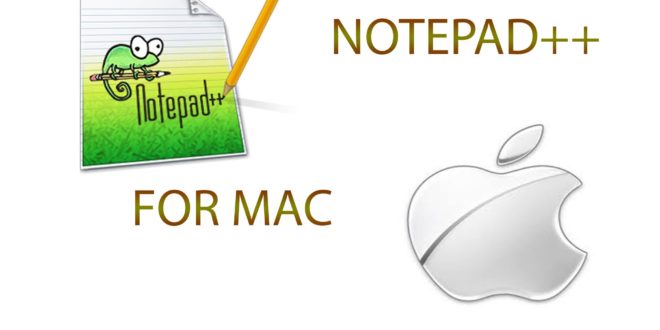 The Best Alternatives to Notepad++ For Mac OS X

Notepad++ is one of the most popular code editors for Windows—its customizable interface, syntax highlighting, macro recording, and regular expression search & replace make it a great way to work with complex text documents. But Notepad++ isn’t available for Mac. So what do you use instead? These 10 alternative text editors for Mac provide much of the same functionality and will work on your preferred operating system.

As one of the staple code editors on the Mac, Sublime Text has a solid reputation behind it. Like Notepad++, it provides syntax highlighting and folding, a high level of customizability, and a lot of great features for editing code. One of the most useful things that Sublime offers is the Goto Anything search; after hitting ⌘P, you can open files, jump to lines or symbols, and search for words. Add batch editing, split editing, a slick interface, and a distraction free mode that will keep you off of Facebook while you’re editing, and you have one of the best text editors out there.

A single license lets you install Sublime Text on any computer you own, regardless of the operating system, so its $70 price tag isn’t nearly as high as it seems. And you can try it out for free before you buy. Sublime Text 2 is the current version, but you can check out the beta version of Sublime Text 3, which includes additional refinements to improve your experience.

If paying $70 for a code editor sounds ludicrous, Adobe’s Brackets might be the app you’re looking for as it serves one of the most viable alternative to Notepad++. The biggest advantage of having an Adobe-created editor is that it includes a fantastically useful feature called Extract, which lets you get color, font, gradient, and measurement information from a PSD file automatically, and turn it into clean CSS. This will significantly reduce the time it takes to turn a PSD into a website. New features and extensions are being released every 3–4 weeks, so Brackets is a constantly evolving program—recent additions include text folding, instant search, and CSS hints.

There are also a lot of extensions that further increase Brackets’ functionality, with features like code folding, Git integration, JSHint support, auto-formatting, and a host of themes to make Brackets match your computer’s visuals, no matter how you have it set up. To see all of the extensions check out Brackets Extensions Weekly.

Created by the GitHub team, Atom was built from the ground up for online creation. Atom’s biggest advantage over other code editors is that it’s “hackable to the core”—if it doesn’t do something that you want it to, you can change that. And people are posting packages all the time that change how Atom works, from linters and cursor position history managers to file icons and themes. Most of the program can be tweaked with HTML and JavaScript, so you don’t have to know several complicated programming languages to make it your own.

The open source packages include a lot of useful additions to Atom, including Git conflict management, modal control, color display, project management, and highlighters for cutting-edge languages. Because of its close ties with GitHub, it’s a safe bet that Atom will always be on the front line of code editors.

For $80, you should expect one of the best text editors the world has ever seen—and that’s what UltraEdit promises. Multi-caret editing, column/block editing, multi-select, cross-file Regex search, syntax highlighting for hundreds of languages, scripting, and the ability to edit absolutely massive text files make this a program for coders who are very demanding when it comes to their software. In addition to UltraEdit, there are a number of other programs available in purchase bundles that can help you organize a development team, compare files and folders, find anything, and secure your computer.

The most common combination is UltraEdit and UltraCompare, which you can get for $100, and will help you keep a close eye on changes to your documents. To get the entire suite of software from IDM, you can pay $100 per year, which is a great deal for all of the functionality you get.

Komodo’s integrated development environment (IDE) is a popular one for developers, but not everyone needs an entire IDE. A “light” version of Komodo IDE, Komodo Edit includes some of the core features, like multi-language support, autocomplete, change tracking, and Markdown viewing. There are also a number of GitHub repositories that provide extensions and new themes for the app, as well as the IDE. While it doesn’t have the wide range of features that you’ll find on other code editors, Komodo Edit was created by the team behind a very successful IDE, so you can be confident that it contains the features you need.

Like many other editors, there are a number of extensions that you can download to add further functionality. While it’s unclear which of these extensions will work with Komodo Edit and which are only compatible with the IDE, there are some potentially very useful packages you can get for free. It’s also integrated with Kopy.io, an alternative to more common pastebin sites.

A self-described “mature programmer’s text editor,” jEdit combines many of the features that you find on Windows-, OS X-, and Linux-based text editors. For example, it has keyboard shortcuts for just about everything, including the pre-mapped shortcuts for Emacs and OS X; unlimited clipboards let you copy and paste however much you need; markers let you quickly returned to marked positions; windows can be split for more efficient editing; and rectangular selection helps you select text faster. It may not be the best-looking code editor out there, but jEdit was made with coding in mind. And it’s highly customizable, so you can tailor it to your needs.

jEdit is maintained by a large network of developers around the world, including people who donate their time to develop extensions. Getting involved with jEdit could be a great way to learn more about programming and find a community that shares your interest in hacking text editors!

One of the few Mac-exclusive code editors, TextMate combines the features of Emacs and OS X into a single text editor made for programmers and designers that can replace a full IDE for many coders. Syntax highlighting and folding, auto-pairing of brackets, Regex and Grep support, the ability to run shell commands from within a document, visual bookmarks for jumping between locations in a document, and the expansion of trigger words into code blocks make TextMate a very powerful app for working with text. It also works with Xcode and can build Xcode projects, so you can get all of these awesome features while working with OS X’s built-in IDE.

TextMate is designed to work very well with large, multi-file projects, which are very common in programming. By seeking to automate as much of the tedious manual work as possible, TextMate is a great Notepad++ alternative for Mac if you want to spend some time with macros to make your coding more efficient.

BBEdit is one of the industry standards for code editing, but not everyone wants to pay $50 for a text editor. TextWrangler is the little brother to the BBEdit IDE, and includes a number of the features that make it a great way to develop, like syntax highlighting, a Shebang menu for integrated access to Unix scripting, language module creation, and automatic language guessing. It also includes features for other kinds of plain-text editing, like multi-file search, built-in text transformations, Unicode viewing, and spellcheck.

BBEdit offers additional features like HTML tools, a powerful Clippings system, Git integration, and the ability to work with Automator, but TextWrangler is a very capable code editor without these abilities. After seeing how convenient TextWrangler’s features are, you may be very tempted to drop the $50 to upgrade to BBEdit’s even more powerful feature set.

Microsoft’s free text editor is—surprisingly—also available on Mac (and Linux, as well!). With highlighting for over 30 major languages, keyboard-centric and code-focused editing, multiple cursors, Regex support, outlining, automatic real-time API description, linting, debugging, Git control, and a focus on modern web languages, this is a great option for anyone looking to develop for the web.

The Visual Studio family also includes Visual Studio Community, a full multi-platform IDE, and Visual Studio Online, which provides services for development teams. Combining all of these apps will let you get a big collaborative coding project off the ground without paying a ton of money for hefty collaboration tools.

No list of text editors would be complete without Vim. It’s a clone of the long-standing Unix editor Vi that includes all of the classic features as well as integrates more useful new ones. While there’s a pretty steep learning curve, Vim is the go-to editor for many programmers, and can even replace an IDE if you don’t need the very advanced features provided with many of the heavier programs. Syntax highlighting, error detection, customizability, and the familiarity that will be comfortable to people who have used Vi in the past make it a mainstay of the OS X programming community.

Vim is available for just about any system you could ask for; there are different versions for Mac, PC, Unix, DOS, Amiga, OS/2, and even mobile versions so you can code on your iPhone or Android. Vim has a huge cult following, and if you take the time to familiarize yourself with its intricacies, you may very well never use another text editor.

Choose the best alternative to Notepad++ for your Mac

With all of these options—including many that are free—you’ll be able to find a text editor that works well on Mac, no matter what you’re trying to do. And if you find that you need a more powerful feature set, the paid options have you covered with just about anything you could possibly need.

What are you favorite text editors for Mac? Share in the comments below!