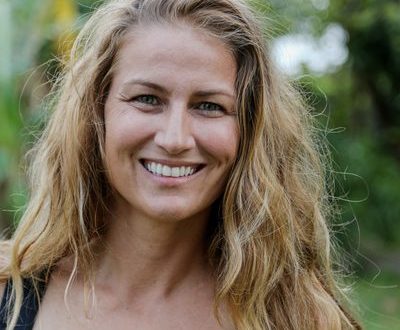 The fascinating way your crow’s-feet make people like you

If sincerity is important to you, you may want to hold off on cosmetically treating your crow’s-feet. According to new study, that wrinkling around your eyes — which occurs when you smile or are in pain or upset — makes your expressions appear more genuine.

Which means that if you do something to totally eradicate those wrinkles around your eyes (like, say, too much Botox), your expressions could appear less genuine to others. As a result, you may find it harder to connect with others — particularly when you’re meeting someone new.

We spoke to one cosmetic surgeon who’s aware of the potential problem. Alexander Rivkin, M.D., of Westside Aesthetics in Los Angeles, tells LIVESTRONG.COM, “There are several components to attractiveness. Beauty is one, but authenticity or natural appearance is a critical second one.”

And that absolutely counts for the wrinkles around your eyes. Known as the Duchenne marker, the “constriction of the eyes” is key to the “language of facial expression,” said University of Miami psychology professor and study co-author Daniel Messinger, in a release.

So why does this matter? “When you have social interactions, you need to perceive whether a person is sincere or not,” said the study’s principal investigator, Julio Martinez-Trujillo, a professor at Western’s Schulich School of Medicine and Dentistry.

Dr. Rivkin agrees that the Duchenne marker is “a critical sign of authenticity,” and says that when it comes to Botox, he errs on the side of “underdosing” patients, “rather than risk having them lose expressiveness and authenticity.”

This isn’t the first time research has shown that Botox can interfere with a person’s ability to communicate and connect.

Not only could freezing your facial muscles make you appear less sincere, it could also make it more difficult for you to “read” what other people are feeling. According to a previous study from researchers at Duke University and the University of Southern California, we process and understand another person’s emotions in part by imitating their expressions.

“When you mimic you get a window into their inner world,” said study author psychologist David Neal, Ph.D. “When we can’t mimic, as with Botox, that window is a little darker.”

While it’s not known just how much Botox participants in the study received, Dr. Rivkin says the findings “speak, once again, to the importance of underdosing.” The goal, he adds, is “natural results, where range of motion is preserved.”

It’s worth pointing out that Botox’s effect on facial expressions does have at least one unexpected benefit: Freezing your frown lines could actually improve your mental well-being.

In one study, researchers found that Botoxing the area between the brows (where frown lines appear) significantly reduced symptoms in people with major depression. Six weeks after Botox was administered, symptoms decreased by 47 percent in the treatment group, compared to 9 percent in the placebo group.

At least two other studies have confirmed the findings, and in a 2015 review authors wrote that patients suffering from treatment-resistant depression “experienced a quick, strong and sustained improvement in depressive symptoms” after a single Botox treatment.

Dr. Rivkin explains that the effect is likely the result of “the facial feedback hypothesis — your facial expressions affect your emotional state.” Fortunately, when it comes to Botox, it mostly targets our ability to frown, not smile (which, if we couldn’t do, might be detrimental to our mood in the same way that being unable to frown improves it).

“If you think about it, negative emotions are expressed pretty much exclusively by the muscles between the brows,” says Dr. Rivkin. “Knock them out and a lot of expressiveness associated with anger and sadness goes. Happiness, however, is expressed by multiple muscle groups, so its harder to extinguish expression of those emotions.”

If you are thinking about freezing your facial muscles, just remember that less is definitely more, particularly if you want to maintain your ability to speak (and understand) with your expressions.

Read more: Savannah Guthrie Has No Shame About Her Wrinkles

Have you tried Botox? Did you notice that you had trouble making certain expressions? Did you know the treatment actually had antidepressive benefits? If you haven’t tried Botox, does that make you more likely to consider it? Let us know in the comments below!