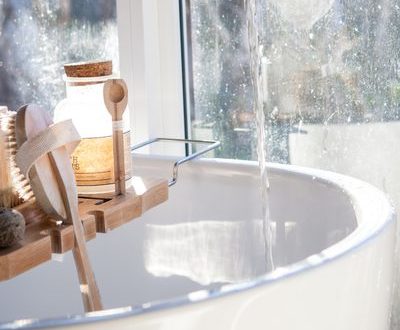 The Health Benefits of Oil Pulling

When it comes to self-care, there are so many practices we can talk about. But what if one single practice promised benefits of whiter teeth, improved oral health, clearer skin, a healthy metabolism, strengthened immune system and improved mood? Sounds like a dream, right?

According to Ayurvedic experts, the practice of oil pulling can do it all. The scientific studies on oil pulling are slim, but it’s an Ayurvedic tradition hundreds of years old, so we’re crossing our fingers that it’s a miracle and not a myth. We caught up with Puneet Nanda, the founder of GuruNanda, a company that creates 100 percent pure aromatherapy and Ayurvedic oils, including their signature Pulling Oil, to discuss the ins and outs of oil pulling. What? How? Why? Take a look:

What Is Oil Pulling?

“Oil pulling is the process of pulling bacteria and toxins out of your body that have been stored in your fat cells,” says Nanda. It’s a daily practice of swishing oil (we’ll get to specifics in a moment) around your mouth for ~10 minutes, then brushing your teeth and going about your normal business. In Ayurvedic tradition, it helps you balance your doshas, whether you’re vata, pitta or kapha — which are believed to govern the body’s psychological activity — and bring your body to a state of equilibrium.

What Are the Benefits?

On a daily basis, we are taking in extra toxins that can cause inflammation in the body, “like the preservatives in processed food and the air quality in many urban areas,” says Nanda. “The body stores these toxins from the lymphatic system into fat cells, which turns into toxic fat. When you oil pull, it pulls the toxic fat from the cells into the oil that you discard at the end of your session.” This is a process of detoxification.

Detoxing your body through oil pulling has longstanding benefits, according to experts in the Ayurvedic community, including improved oral health, whiter teeth, clearer skin, improved metabolic system which can assist in weight loss, and a healthier immune system. “Once your body is in homeostasis, and the toxic fat cells are discarded, everything begins healing,” explains Nanda. “The first benefit that most of our community shares is whiter teeth, the second is that their skin begins clearing, and the third is that weight loss becomes seemingly easier, because of the draining of bad, toxic fat cells.”

How to Start Oil Pulling

To get started, choose your oil. The GuruNanda Pulling Oil is a great option because it incorporates four different oils: coconut (for cooling), sesame (for warming), sunflower (assists both) and peppermint (which acts as a catalyst for all to work better). GuruNanda chose to combine these oils because the blend works for all dosha types, rather than just one. It takes care of all personalities resulting in maximum benefits for everyone. (Curious your dosha type? Take this quiz.) If you want to start simple and ease your way into oil pulling, you can use a simple sesame oil.

Now, this may seem counterintuitive, but you’re going to take a spoonful of oil (1 tsp then work closer to 1 tbsp), and swish it around your mouth. “You can do it while bathing, or really anything at all, it gives me a chance to meditate,” says Nanda. “Once you feel it’s water, about 10 minutes later, spit it into the trash to avoid messing with pipes.” You can start pulling for one minute, then work your way up to 10, which is optimal.

Make sure you brush lightly right afterwards, so there is no oil residue left on the teeth. According to Ayurvedic texts, early morning is the best time to do it because of your empty stomach.

That’s it! You’ll be on your way to a cleaner mouth, and a foot in the door to whole body wellness. Learn more from GuruNanda right this way.