Remember when Candy Crush was introduced in the modern mobile gaming arena? People were addicted to it. Back then, I thought of it as a futile game meant for the jobless. However, when I tried playing it myself, I found it to be quite fun! Farming games contain the same cathartic benefits and are sure to bust your stress while also letting you enjoy the whole farming experience, albeit, virtually.

As you might know, thousands of apps are published everyday on the Google Play Store; this includes farming games. So if you’re confused as to which games to check out, we’ve got your back. Here’s a list of all the best farming games for Android currently available on the Play Store. 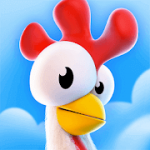 Perhaps the most popular game on our list, Hay Day let’s you grow crops, teaches you to take care of stock, and mine a legion of minerals. As you level up, you’ll unlock new animal and plant species. You can customize your farm the way you like it, trade your produce for various goods through the in-app store, and even build a town if you wish. Judging by its logo, I initially underestimated Hay Day’s graphics but I have to say that I was completely wrong. Hay Day has excellent graphics replete with 3D looking objects. 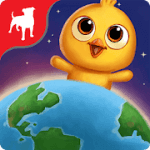 Mentioned under the “App Store Best of 2014”, Farmville 2: Country Escape an extremely hooking game that can be played with friends and family. In fact, this is the game that caught my interest in digital farming. As with most of the farming games, this game also requires you to expand your farm and tend to farm animals. Additionally, you can cook, go fishing, beautify your space, experiment with recipes to collect rare goods, and more. Undoubtedly, it’s one of the best farming games for Android 2018. Players will be rewarded on a daily basis with the Prize Wheel spin and the Mystery Chest. Although you can download it for free, there are in-app purchases to access extra content. 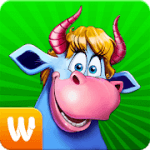 Another fun farming game, Farm Frenzy INC. currently has a user-base of about two hundred million players. It boasts of an incredible gameplay and offers a ton of features. You’ll stumble upon myriad exciting levels and tasks involving product creation, merchandise trading, building factories, gathering products, and ultimately saving the world. The best part? It has plenty of cute animals to help you with your tasks and throughout the game, you’ll be prompted with amusing jokes. This game is anything, but boring. 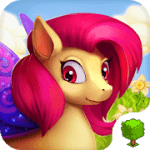 Like a little bit of magic? Fairy Farm is basically farming meets wizardry; it is quite a hit, especially amongst younger girls. You’ll get detailed instructions in order to understand how to play. Players will have access to over 150 species of flora to build the farm and create magical potions with. You’ll come across 400+ beautiful animals including mythical ones like unicorns and dragons. What’s more? Fairy Farm let’s you play the game even without an internet connection. The graphics may not be on par with games like Hay Day. However, it is still delightful to play.

You may also like best HD games for Android 2018. 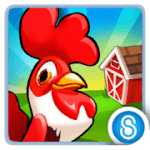 A notable farming simulator, Farm Story 2 enables users to dive into a world full of adventure with stunning 3D graphics. You can learn to mow crops, fetch up animals, build a ranch as per your tastes, enjoy fishing, and even adopt a pet to make your digital farm-life a tad more fulfilling. As you cross levels, you’ll learn to trade your crops to buy goods from your neighbors, extract precious stones from the earth, and encounter special characters. The controls are quite easy to use. If you’re serious about your online farming habits, this is a must try. 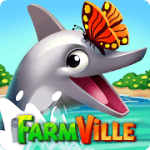 Another simulation app from the house of Zynga, this version of Farmville caters to those who find islands more appealing compared to the traditional green turf. Though it seems more like a fun getaway, users have to act as managers, farming exotic fruits, completing guided quests, and trading with a neighboring island. You’ll also arrange for bigger amenities for your visitors; including bars, workshops, and hotels. As you move further in the game, you’ll unmask secret treasures and rare goods. This is one hell of a colorful farming game. 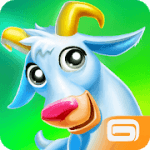 Green Farm 3 is a free farming game for Android that surrounds an interesting plotline. Basically, you have acquired an old estate from your uncle Hull and now aim to revamp and look after his farm. The environment will be a new one, wherein you’ll bump into cool characters, raise flocks, accomplish tasks, and fulfil missions on the lines of harvesting crops and crafting goods. Unlike other apps on this list, Green Farm 3 encourages you to work hard rather than simply buy stuff off the store. If that seems a bit difficult, you can always seek help from friends and family. The controls are easy, and the game is fun! 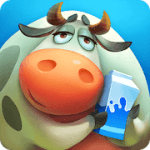 Township sets itself apart from other farming simulators in that it involves not just farming but also elements of building a town. Moreover, you’ll notice that it already has a few pre-built structures so you wouldn’t need to start from the beginning. Instead, you’ll have to better what’s already present. You can create your desired town with various buildings, and decorations, and grow crops which can later be processed at your factory. You’ll meet a bunch of pleasant town dwellers who will assign you different tasks, tend to sweet little animals, construct a zoo, and expand your farm. 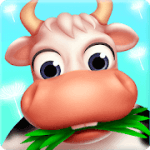 Family Farm Seaside is much like the other farming games, allowing you to build your dream farm. You can cultivate more than 200 diverse crops, breed cute animals, decorate your farm using over 500 decorative products, go mining, own a sea resort, adopt pets and dress them in cute costumes, compete with fellow farmers, and create over 400 recipes in your kitchen. What we really appreciate about this game is that it supports roughly 21 languages such as English, German, Turkish, Spanish, Dutch, French, and Arabic. 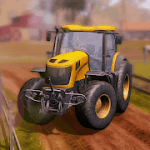 Farmer Sim 2018 is probably the most unique farming app of the lot. It is not a casual game whereby you simply build a farm. Rather, it gives you an actual simulation experience with 3D vehicles like tractors, plows, and trailers, that you learn to man. The tutorials are fairly easy so understanding the game will not be much of a problem despite the lack of an automatic guide. You can manage your cattle, and achieve challenging tasks with the help of neighbors. Although the graphics are decent, users do complain about some issues with the controls so bear that in mind when you play this game. 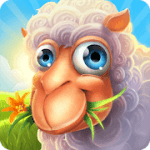 If aesthetics is everything for you, Let’s Farm is definitely work checking out. This one comes with the vastest range of decorations that will surely make your farm look pretty. You can feed cute pets, take on challenging missions, interact with your neighbors, prepare tasty food, and of course, harvest crops. All the good stuff aside, Let’s Farm does have scope for improvement in the graphics department. That said, it is still a great game. 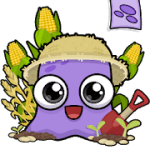 This game’s storyline goes like this – there’s a barren turf located in a far-flung place, miles away from the city. Today, the place bears no crops and the farm owner’s house is completely run down. With Moy Farm Day, users can overhaul the land by growing crops, vegetables, berries, and other delicious fruits. Work hard and you can earn money to trade them for other products and eventually expand your farm. The good thing about this app is that it doesn’t press you too much to continue achieving new levels. Therefore, you can play the game as per your convenience and comfort. 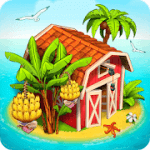 Farm Paradise brings to you another forlorn farm with tons of open space. You have to make sure that your animals are well-nourished, grow plants, and expand your farm. Other than you can even construct a zoo, collect artifacts, build an airport right on the island, and receive visitors on your farm. All in all, this game is a rather cute one with the only downside being, storage shortage.

All the farming games listed here are more or less the same. However, they do differ in terms of interface, gameplay, graphics, and design. You can try out multiple games to check which ones you like the best. Let us know which one is your favorite in the comment section down below! Keep visiting our blog Dreamy Tricks to get latest updates about best games of different genres for your Android phones.