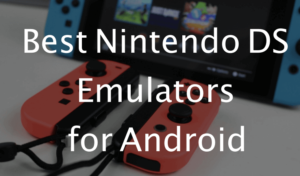 Nintendo DS is emblematic of the handheld video-game era, second to Game Boy of course. Back in 2004, when it had just come out, video-game lovers couldn’t get enough of its compactness and portability. The unforgettable device gave us a legion of exciting games such as the New Super Mario Bros., Pokémon, The Legend of Zelda, Chrono Trigger, Kirby Super Star Ultra, and Final Fantasy IV. Today, you’ll still find a newer version of the handheld console, Nintendo 3ds, retailing in various stores worldwide. Unfortunately, it is quite expensive and may not suit everyone’s budget. Furthermore, it is bulky for the modern tech period.

But not to worry! If you’re still stuck in the “DS Game Age” and can’t get your hands on the latest console, you’re only an emulator away from playing those awesome games we just mentioned above. What’s more? Most of these emulators can be downloaded for free, right on your Android devices. This automatically means that you could take your DS games wherever, whenever. You may also like best apps for rooted android phones. 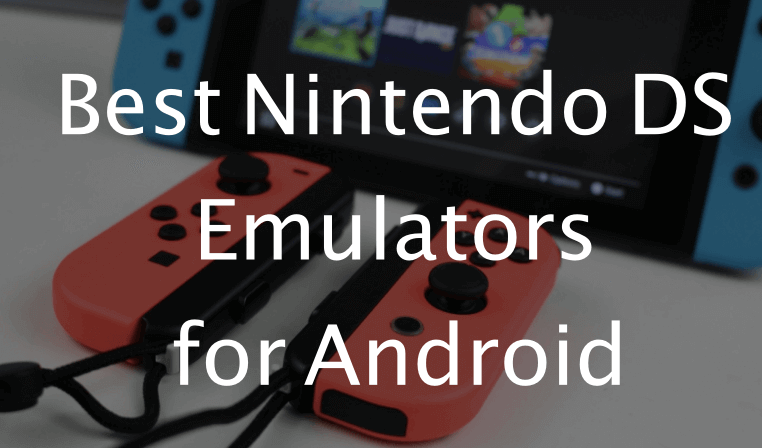 New to the world of “Emulators”? Here’s a little introduction of these little windfalls –

What Are Video-Game Emulators?

For those who don’t know, a video-game console emulator is basically a software which allows you to mimic the original gaming console’s hardware and run its games on another platform, expanding its range of compatible devices while offering you a greater flexibility. If you’re wondering how these emulators retrieve the data/code of the original game, it happens through a ROM file by means of optical drives or by using specialized adapters.

Most of these emulators can be availed at no cost whatsoever. How? Well, emulation experts rip off contents for free, albeit, illegally. This is because the game-owners still cling onto their copyright even though the gaming system/game have been discontinued. Also check best Nintendo 3DS Emulators For Android & PC.

The www is teeming with Nintendo DS emulators for Android devices. But how do you know which ones are the best? We’ve already done the research for you so all you have to do is glance through our list and see which ones suit your needs the best:

DrasTic is one of the most popular DS emulators for Android present in the market today. This app boasts of a ton of features including customizable DS screen-modes, ability to pause and pick up a game from where you left off, additional platform support such as on add-on controllers and physical controls on Xperia Play & NVidia Shield, access to a colossal index of cheat codes, option to fast-forward, superior graphics, and Google Drive sync. It is officially available on the Google PlayStore for $4.99 so if you prefer quality over affordability, do check this one out. The only downside that we found was that DraStic doesn’t perform well for all DS games. However, it does for most of them. 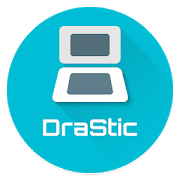 NDS Boy for new Android OS is a very well-rated app (4.6/5) that is also officially listed on Google PlayStore. This one however, is recommended for an Android device powered by 6.0 Marshmallow. For devices running on software lower than 6.0 (5.0 and lower), they have another version of the app called “NDS Boy! NDS Emulator”. Both these versions can be downloaded for free! NDS Boy comes with various NDS game file-format support including rar, zip, 7z, and nds. Similar to DraStic, this app also enables gamers to save and resume games and customize controls (D-pad). The big caveat: NDS Boy doesn’t function smoothly on unpopular or low-end phones with less than 2 GB RAM. Also, the free version quite obviously is flooded with ads so if you wish to have an ad-free experience, you’ll have to purchase the NDS Boy Pro version, available for about $2. Want to have a quick hookup? Check out these best hookup apps 2018.

Like other DS emulators for Android, Retro Arch also let’s you to play classic games for free, while flaunting a slick, graphically rich interface. It’s XMB menu really looks like a duplicate of the PS3. Retro Arch supports not only Nintendo DS but also a bunch of other video-gaming systems such as SNES, Game Boy, and Sony PlayStation. And aside from Android devices, it can be accessed across platforms including Windows, Mac OS, Linux, iOS devices, and gaming consoles like PS3, PSP, PS Vita, Wii, etc. It offers plenty of advanced configuration tools to enhance the overall UX (includes video, audio, input, and playlist settings). You can even connect a joypad for when you have multiple players. The feature that we loved the most is “Shaders”, which are basically filters that you can use to get the old CRT-monitor type graphics. Retro Arch’s pro is also its con – since it is a cross-platform emulator and supports many gaming systems, you’ll first have to download the Nintendo DS Programs (cores) and then the game itself; this can be a bit complex and time-consuming. However, if you’re seeking an all-in-one emulator, this should be your top pick. 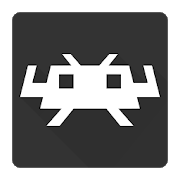 Made for Android devices running on 6.0, NDS Emulator is a brilliant app that can be downloaded straight from the Google PlayStore, at no cost. This emulator allows users to save and load game states, supports multiple NDS files including .zip, and .nds, modify control buttons and screen layout, and supports external controllers. In our experience, NDS Emulator pulled off most of the games beautifully. However, the only two drawbacks that we thought were bothersome are – A) Certain cheat codes cannot be entered due to an error. B) It sometimes runs as many as 3 ads back-to-back, that can be a little too annoying for some. nds4droid is a relatively old emulator that is ironically still in its pupilage and has a long way to go till it can be considered as a polished software. That said, it still packs in a decent amount of features including OUYA game console support and a frame-skip button that boosts the performance speed. The latter feature could prove to be somewhat useful because nds4droid is significantly slower than most of the emulators listed here. Also, the software lacks common features such as efficient save states option and a fast-forward button. We’d suggest that you try using the other emulators and keep this one as your back-up. 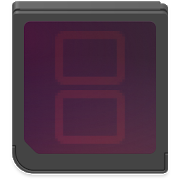 If you want to download free music on your android phone, then check out free music download apps for android.

EmuBox is yet another all-in-one video-game emulator which supports a myriad gaming systems including GBA, PSX, SNES, NES, GBC, and of course, NDS. It has been decently rated on the Google PlayStore and claims to be the “first multi-emulator with Material Design”. You can save and load game states at ease, grab screenshots during the game, fast-forward, attach an external controller, and adjust emulator settings for further optimization. This emulator has been reported to sport a superlative control pad, gameplay, and fast loads, closely resembling the original game systems. Perhaps the only disappointment was a lack of advanced customization features but that can be overlooked. 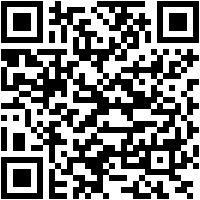 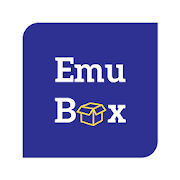 A common mention in most online articles related to Android DS Emulators, AseDS prides on affording a huge list of features (unique too!), namely multiple cheats support such as GameShark, ActionReplay, and CodeBreaker, all ROM file formats supported, tailor-made control buttons, personalized game screen, and settings for improving performance. AseDS gets regular updates and in the latest version, it is backed by a completely new game engine with noticeable improvement in stability and overall interface & design. Much like NDS Emulator, AseDS’ major fly in the ointment lies in an overabundance of commercials. That aside, we think that it can handle almost all the games without crashing down. An important thing to remember is that this emulator no longer seems to be available on the Google Playstore so you might have to first download the APK file and then install it on your device.

The new kid on the block, Emu.nds works well on any Android device operated by the 6.0 Marshmallow. It practically offers all the features that an emulator should and which we have mentioned under pretty much every emulator. Currently, it boasts of a solid 3.9/5 and is known to perform amazingly fast. You can download it for free, albeit, sans an ad-free experience. This app has been recommended by regular DS gaming enthusiasts for its simple and easy to use UI. Where we live, Emu.nds is sadly not there on the Google PlayStore. Nonetheless, there are plenty of APK file download sources so just find one from the top result and enjoy playing on your phone.

Though not as popular as the emulators mentioned at the top, viDS is certainly mighty, with an incredible level of compatibility for an extensive catalogue of Nintendo DS games. We were totally surprised by how smooth and fast this emulator worked across file-formats. The emulator offers a “3D rendering game engine”, supports customization of key mappings and controls, save/restoration of game states, easy selection of game programs using the File browser, huge database of cheat codes, and an exhibition of cover art for games. In its latest update, viDS has received a major design overhaul, minor bug fixes, better dependability, and a faster load-speed. Again, this app may not be available on the Google PlayStore depending upon where you live. In that case, simply download its APK file and install on your phone/tablet.

We’ve provided you a list of the most popular and high-quality DS emulators that are currently available online. If you have keen interest in Android stuffs, then you can check more articles related to Android. While most of these are free, you’ll see that a couple of them do charge a fee for extra features. Before you shell out any money, we’d suggest that you first use the free version, check the reviews, and only if you love the overall experience, go ahead and make a purchase. Note that all the emulators offer similar features but a few go the extra mile and offer additional customization as well as multi-platform compatibility. Your choice must hinge on mainly three factors – your budget, your gaming system preferences (whether only DS or others), and your customization requirements. In case we’ve forgotten to mention any other good DS emulators, please bring it to our notice by commenting in the section below.