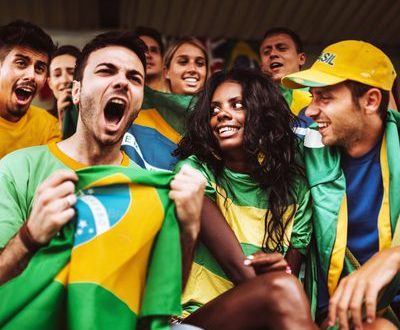 Yes, the World Cup Can Give You a Heart Attack

Even fledgling soccer fans know the World Cup can be an emotional roller coaster: The sudden breakaways, the impossible saves, the stomach-churning penalty kicks.

But the death in June 2018 of Egyptian TV commentator Abdel Rahim Mohamed — who suffered a heart attack and died following his team’s dramatic defeat against Saudi Arabia — is a reminder that all that excitement can have some serious consequences.

Think we’re overstating things? Consider this: For a 2008 study published in the New England Journal of Medicine, German researchers looked at hospitalization rates during the 2006 World Cup (held in Germany). According to their findings, Germans’ risk of ending up in the hospital for a heart-related emergency was close to 2.7 times greater on days the German team played. For men, the risk was even higher, more than tripling on game days.

Researchers in other soccer-loving countries have made similar findings: In the United Kingdom, hospital admissions for heart attack increased by 25 percent on June 30, 1998 — the day England lost to Argentina in a penalty shootout in the World Cup — according to a 2002 study in BMJ.

And back on June 22, 1996, when France defeated the Dutch soccer team in a penalty shootout at the European Championship, there was an increase in deaths from heart attack and stroke among Dutch men ages 45 and older, researchers in the Netherlands discovered.

To understand how cheering on your favorite team affects your heart, Canadian doctors monitored the heart rates of 20 healthy participants during a game. (This being a Canadian study, researchers focused on hockey, naturally.)

According to the results, published in a 2017 issue of the Canadian Journal of Cardiology30903-0/fulltext), heart rates increased from 60 bpm (beats per minute) to 114 bpm, on average. That number was even higher when fans watched the game live rather than on TV, with heart rates peaking during overtime play — more than 140 bpm in some cases.

If you’re active and eat a healthy diet, chances are that a heart rate of 140 bpm shouldn’t be cause for concern: It’s about the equivalent of what you’d experience during a workout.

But anyone with heart disease or heart-related issues needs to be on high alert. Coupled with an increase in blood pressure (which also occurs during stressful events), an increase in heart rate can lead to plaque disruption (basically, it’s “when a minor blockage composed of cholesterol suddenly bursts open”), clot formation and, ultimately, a heart attack, says Nicole Harkin, M.D., attending cardiologist at Manhattan Cardiovascular Associates.

If you don’t have heart disease, you might assume you can handle the nail-biting intensity of a sudden-death shootout, but the problem is this: “Heart attacks often result from the disruption of mild plaques in people who are not aware they have heart disease,” says Dr. Harkin. Yikes!

Unfortunately, there’s not a lot of research on what you can do in a high-stress moment to minimize the risk of a heart attack, Dr. Harkin tells us. But, at the very least, you can avoid smoking when you’re watching a game.

“It’s also reasonable for someone to consider any stress-reduction techniques, such as breathing exercises, short breaks or any other calming activity that may bring down their heart rate and/or blood pressure, if they feel themselves getting too worked up,” Dr. Harkin adds. Or you can try these tips to slow a fast heart rate.

That’s good advice to keep in mind as the World Cup final kicks off this Sunday, July 15!

Are you watching the World Cup? What’s been the most exciting moment for you so far? Have you noticed your heart beating faster during high-stakes plays? Let us know in the comments below!

Previous Cardi B, Betty White and 5 Other Celebs Who Fiercely Defended Their Plastic Surgeries
Next Mile High Club Exposed: The Unexpected Psychology Behind Plane Sex