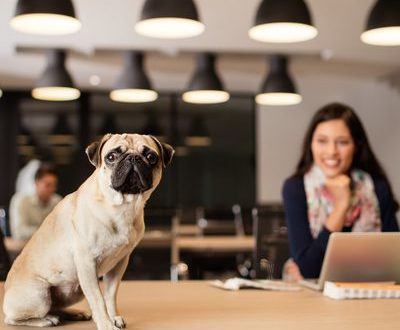 Your dog wants to help when you’re upset, and here’s proof

Can dogs understand when we are distressed and respond accordingly? According to new research, man’s best friend not only notices when you (or other humans) are upset, but will actually adapt their behavior as a result. What a good boy!

“It’s really cool for us to know that dogs are so sensitive to human emotional states,” Emily Sanford, a graduate student in psychological and brain sciences at Johns Hopkins University and co-author of the study, explained to CNN. “It is interesting to think that all these anecdotes of dogs rescuing humans, they could be grounded in truth, and this study is a step toward understanding how those kinds of mechanisms work.”

Researchers enlisted the help of 34 dogs of various breeds and ages and their owners. Each dog and their respective owner was placed in an adjacent room separated by a somewhat easy-to-open Plexiglas door, so the dogs could see and hear their masters. One of the groups was told to say “help” in a distressed tone and make crying sounds, while the other was told to hum “Twinkle, Twinkle Little Star” and to say “help” in a normal tone.

Unfortunately, researchers couldn’t conclude exactly why the dogs responded more quickly or what they were thinking, because human-canine communication is obviously limited. “While we don’t know for sure whether other factors motivated the opening, what we can say is that dogs in the crying condition opened much more quickly than dogs in the humming condition, which suggests that they are taking an action when their owner is in distress,” explained Julia Meyers-Manor, senior author of the study and assistant professor of psychology at Ripon College in Wisconsin.

The stress level of both groups of dogs was also measured, and researchers found the dogs that opened the doors of their distressed owners showed less stress than the dogs that didn’t. Researchers believe this could be because dogs that are able to provide help are able to suppress their own feelings of personal distress.

“That explanation fits really nicely with our evidence that the less-stressed dogs were helpers, the really stressed dogs were not helpers, and there was no similar pattern of stress and opening in the control condition,” Sanford said. “It makes us think that there was actually an empathetic response.”

If the fact that they are loyal and want to rescue you from emotional distress isn’t enough proof that dogs are awesome, there are several health benefits Rover has to offer. For one, dogs can help you get in better shape because they need between 30 minutes and two hours of exercise per day. And, according to multiple studies, they can also help with depression and anxiety. Other research has found they can even reduce your risk of cardiovascular disease and can help strengthen your immune system.

But being a dog owner isn’t for everyone because, let’s be honest, pets can be a tremendous amount of responsibility. If you are considering becoming a dog owner, definitely do your research and choose one that will fit with your lifestyle.

Read more: How a Pet Can Make or Break Your Relationship

Are you surprised by the findings of this study? Why do you think dogs respond more quickly to owners in distress? Are you a dog owner? Tell us in the comments!