Want to act with Shah Rukh Khan in Dubai for His Latest Movie?

Here’s proof that dreams are made in Dubai. It’s not everyday that you get a chance to star in a Shah Rukh Khan film — featuring Bollywood royals Deepika Padukone, Abhishek Bachchan and Boman Irani.

tabloid! can exclusively reveal that the Happy New Year team will be scouting the UAE for extras to feature in director Farah Khan’s next project.

“We are on the hunt for people belonging to different nationalities and various age groups for Happy New Year,” said Mini Sarma, of 7 Media, line producer of Happy New Year. 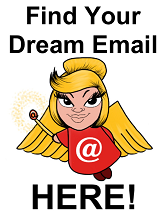 Anyone who wants to be an extra in the film, due to be shot in Dubai throughout September, should send a detailed biography to following Email Id  by early next week.

“All those who are energetic, love Bollywood and like rubbing shoulders with stars should apply before August 25. We will be finalising the names before the shoot begins. We will be needing quite a few people, so hurry,” said Sarma who’s assisting Farah Khan in her Dubai production. If you are lucky, you may even get to speak a line or two in the presence of King Khan.
tabloid! can also confirm that September will be the month of an epic Bollywood invasion. Stars including Bachchan, Irani, Jackie Shroff, Sonu Sood and Anuradha Menon (popularly known as Lola Kutty) will be joining the hit Chennai Express pair Shah Rukh Khan and Padukone on September 1 for the first leg of their Happy New Year shoot.
And the casting call is not the sole development on the Happy New Year front. Director Farah’s third collaboration with King Khan has gained momentum ever since she finalised her two prime locations. Industry insiders tell us that Farah has zeroed in on the expansive shopping destination, The Dubai Mall and Atlantis, The Palm to bring her story alive.
The shoot is likely to last 30 days and it’s being billed as the first Bollywood film in Dubai history to be shot from start to finish here. Currently, plans are also being chalked out to beef up security on the filming sets to ensure the smooth flow of filming and to ward off interruptions caused by frenzied fans.
“Dubai is going to witness one of the biggest Bollywood shoots soon. So it’s important that everything goes according to plan. With the help of Dubai Film & TV Commission we are making sure that all goes well,” added Sarma, who has assisted in several high-profile advertisement shoots and South Indian films in the past.
Produced by Shah Rukh’s Red Chillies Entertainment, Happy New Year has already nailed a casting coup since it reunites Padukone with her Chennai Express leading man, Shah Rukh. Together, they set the box office on fire and have earned the distinction of starring in the first Indian film to take in the covet Rs1 billion in the shortest time.
The big question now is if Happy New Year, filmed in Dubai, can smash their own record.
Though a tight lid is being kept on the storyline of Happy New Year, rumours are strong that it’s a going to be a comedy about five men who cannot dance, a Marathi-speaking girl with incredible dancing skills (Padukone), a villain (Jackie Shroff) and a dancing competition that they all wish to participate in. Choreographer-director Farah Khan, who is known to churn out crowd pleasers (a.k.a masala films) such as Om Shanti Om and Main Hoon Na with Shah Rukh Khan in the lead, prides herself in making films blends romance, action and colourful songs.
It may be too early to predict box office returns, but it’s clear that Dubai is pulling out all the stops to welcome Khan, one of Bollywood’s top earners.
In an interview with tabloid! in July, Dubai Film And TV Commission chairman Jamal Al Sharif said that his team had extended several incentives on catering, visa and hotel stays to the Happy New Year crew.
“Last year, I met [director] Farah Khan who wanted to know more about shooting in Dubai. I was like: ‘Farah, tell me what you want’. Also, for Shah Rukh, Dubai is like a second home and having him give Dubai this credibility is important to us” said Al Sharif.

(Notes : all the names and logos used in this post are belongs to appropriate owners, if any complaint just mail to me.)